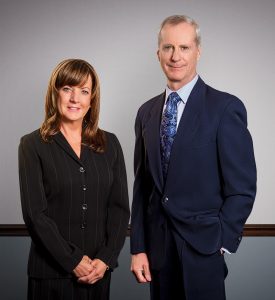 Tetzel Law, LLC is pleased to announce the addition of attorneys Paul Leavis and Deborah Santello formerly of Leavis and Rest, P.C.

Attorney Leavis founded Connolly and Leavis, P.C. with Judge Thomas E. Connolly in 1986. When Judge Connolly was appointed to serve as a Superior Court Judge, the firm’s name transitioned to Leavis and Rest, P.C. Attorney Santello joined Leavis and Rest in 1989 and has been practicing with Attorney Leavis since that time. In the past thirty-years, Leavis and Rest, P.C. has built and maintained a strong reputation in the legal community with a focus on construction litigation and product liability in addition to general liability cases.

Paul Leavis joins Tetzel Law, LLC as a Partner with over forty-years of courtroom experience. Paul has successfully represented thousands of clients and tried well-over a hundred civil cases to a jury. He has been recognized as a “Super Lawyer” annually by the Massachusetts Super Lawyers Magazine and has been listed in the publication “The Best Lawyers in America” for Plaintiffs Personal Injury Law for more than twenty-years.

Deborah Santello joins Tetzel Law with over thirty-years of experience in litigating complex tort matters. Deborah has particular expertise in appellate practice and legal writing. Deborah has been rated as “AV Preeminent” by Martindale-Hubbell Law Directory, an elite group of approximately 10 percent of all attorneys. Deborah has also been recognized as one of the Top 100 Lawyers in America as well as a Massachusetts Super Lawyer every year since 2007.

In addition to Attorneys Leavis and Santello, Paula Mackin, who has worked at Leavis & Rest as a legal assistant for over 30 years has also joined Tetzel Law.

Below are representative Settlement and Verdicts achieved by Attorney Leavis and Attorney Santello:

$5.072M verdict for driver who suffered cervical fracture/dislocation and herniated discs after his vehicle was struck from the rear by a Sunoco truck (Stymest v. Sunoco, 2003)

$2.5M verdict for construction worker who tripped over debris left on stairs at a construction site (LaBroad v. Vappi & Company, 1989)

$2M verdict for family of industrial worker trapped by a hopper door of an industrial mixing machine and asphyxiated (DaSilva v. American Brands, 1987)

$1.27M verdict for building wrecker who fell from aerial lift after it was struck by a motor vehicle on a construction site resulting in spine and low back pain (Sullivan v. Modern Cont’l Constr. Co., 2010)

$1.25M verdict for drywall finisher who fell to ground when Baker staging rolled into open hole in concrete floor resulting in fracture of the right leg and left ankle (2006)

$4M settlement for laborer struck on the head by a bag of tiles dropped from the roof of a college building undergoing renovation resulting in a fractured cervical spine at multiple levels (Somboun v. Richard White & Sons, et al, 2011)

$3M settlement for construction worker who suffered C3-C4 disc herniation after being struck by a motor vehicle in the pre-dawn hours during relocation of an aerial lift on a construction site which required travel along a roadway (Thongsavath v. Dellbrook Construction, et al, 2018)

$2.79M settlement for family of driver pulled over on the shoulder of Route 495 northbound when his vehicle was struck and dragged by an International tractor trailer, resulting in his death (Susi v. Fisher, et al, 2004)

$2.5M settlement for a special equipment driver who sustained a crush injury to his right lower extremity and fractured left foot when he was struck by a backing water truck on a movie set (Grace v. Curry, 2012)

What to Know About Whiplash Claims in Massachusetts