Professional liability concerns professionals whose unlawful or negligent conduct led to a physical, emotional or financial injury. Claims of professional malpractice can be brought against the following:

Professionals are held to certain standards of competence and have a duty or legal obligation to adhere to those standards when dealing with the public. These standards include an ethical and legal duty to exercise the level of care and skill found in their code of practice or as imposed by self-regulating boards along with specific state and federal laws, or as other professionals in the same discipline would be under similar circumstances. For example, corporate officers and directors and stock brokers have fiduciary obligations to shareholders and to their financial clients. Accountants may be liable for negligent misrepresentation and fraud when conducting audits or in advising clients in financial matters.

The legal and medical fields are among the most common professions that are the target of malpractice lawsuits.

In the legal industry, lawyers are also held to a standard of care.  However a poor outcome in a case does not equate to legal malpractice.

Before you can prevail, your case has to meet certain elements. These include:

You must also demonstrate that you would have prevailed in the underlying case or the matter handled by your attorney in which the attorney failed to act properly. This would entail providing evidence that you retained the attorney, that there existed documentation and other evidence that would be viewed as being substantially in your favor, and that you would have collected a certain amount in compensation or damages. Finally, the defendant in that case must have had the financial resources or insurance coverage to have paid you.

In any of these situations, you still have to prove that you could have won the underlying matter. Despite your attorney having failed to file your case in time or in not prosecuting your matter and having it dismissed, if there was disputed liability in the subject case, you may not obtain any compensation.

These cases are difficult to win but if your underlying matter was strongly supported, you may be able to obtain compensation. Consult with a professional malpractice lawyer if your attorney failed to act or engaged in any of the above practices or omissions. 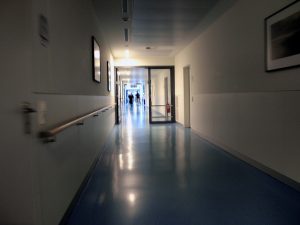 There is an entire field of law devoted to medical malpractice cases. Doctors, nurses and hospitals are sued for various instances of misconduct including surgical errors, failure to follow protocol and improper training.

Doctors are held to the standard of the average qualified and careful physician practicing in the same discipline or field of medicine under similar circumstances. You must also follow strict notice and filing requirements before your claim may be heard.

These cases are often a battle of the medical experts who may argue over what the standard of treatment is for this particular patient and if the doctor’s actions were reasonably skillful and careful in that case. The standard of proof is the usual civil one of proof by a preponderance of the evidence that the doctor’s conduct constituted medical negligence. Promptly consulting with a medical malpractice lawyer in these cases is essential to meet strict deadlines and to preserve testimony and other evidence so that your burden of proof can be met.

Massachusetts law usually requires expert medical testimony to allege and support a claim of medical negligence. Further, your claim must first be reviewed by a panel consisting of a judge, physician and attorney to determine if your case is properly substantiated and contains a legitimate issue of liability. You can still file your case if the panel rules against you but you do have to post a $6,000 bond for the defendant’s costs if you lose at trial.

Even if the physician’s actions were arguably negligent, you have to prove causation or that the doctor’s specific failure to act or the physician’s negligent act was the cause of your injury or death.

Some of the more common types of medical negligence include:

In Massachusetts, your award for pain and suffering, loss of companionship and other damages is limited to $500,000 in medical malpractice cases. The law does allow for increased general damages if you can demonstrate that there was a substantial loss or impairment of a bodily function or substantial disfigurement and that limiting the award would deprive the plaintiff of just compensation.

What to Do After a Truck Accident in Massachusetts

Determining fault after a car accident is very important in Massachusetts. Here’s what you need to k[...]

Worcester Slip and Fall in a Supermarket

Slipping and falling can be a scary and dangerous experience - understanding your rights and knowing[...]

Nursing Homes During COVID: Bedsore Injuries on the Rise

Bedsores are always a risk for patients who cannot move on their own, but that risk may be exacerbat[...]

Tetzel Law remains open and available for free initial consultations on new cases! Due to the nature of the Coronavirus we’re conducting client meetings over the phone or by alternate means. To schedule your initial consultation, please call us today at 617-933-3858.